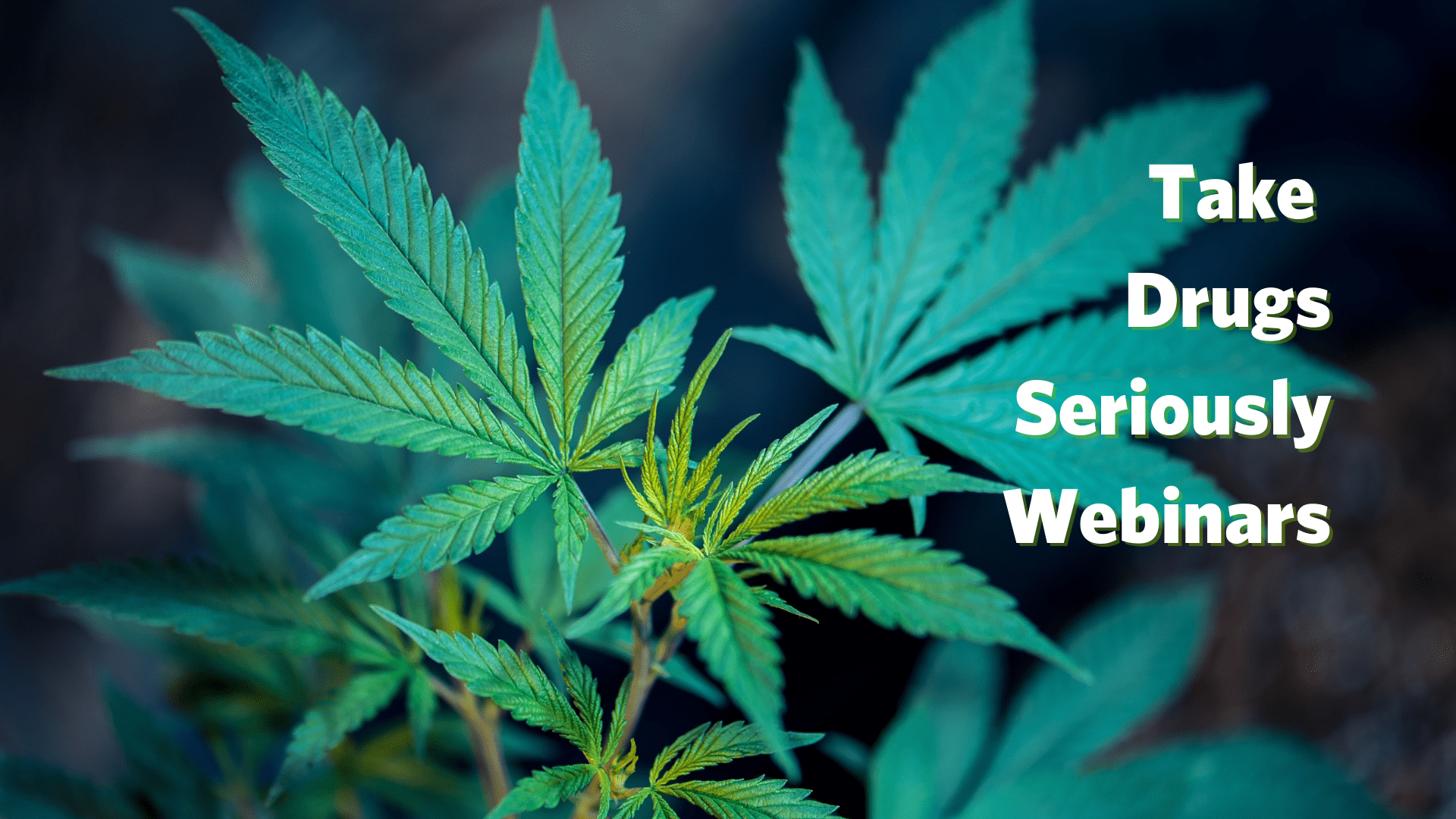 To take us through the last few weeks of 2020, we’ve put together a series of webinars focusing on what you need to know about cocaine, MDMA, cannabis and benzos.

This year at Crew, we launched a series of in-depth harm reduction resources covering cocaine, MDMA, cannabis and benzos. And since we aren’t delivering face to face training sessions or events this year, we wanted to offer online launch webinars for these new resources instead!

For each of the webinars, we’ve invited some friends to spend time chatting with our Emerging Trends and Training team about the new resources and key topics relating to each of these drugs.

By registering for the main event you will have access to all four webinars to watch live (meaning you can interact and ask questions during the session) and you can also re-play the recording of the event. The recording of each instalment will be available through the Crowdcast platform by using the email address you registered with.

Be sure to sign up for our newsletter to stay informed of other up-coming webinars and new resources.

Vicki has worked for Crew since 2013, where she has developed the Crew professional training service and led the efforts to monitor emerging drug trends. Bringing her expertise in biological sciences, Vicki is a fountain of knowledge on New Psychoactive Substances and the essentials of harm reduction.

Kira first joined Crew as a Volunteer in 2013 and has worked in various departments drawing on her background of digital health interventions, science communication and youth work. Kira is also a Senior Healthcare Volunteer for the UK drug-checking organisation, The Loop.

For each webinar we have the following special guests:

According to the latest data from Public Health Scotland, cocaine-related hospital admissions in Scotland have increased by over 3000%, from 0.98 per 100k in 1996/97 to 31.02 per 100k in 2018/19, and cocaine-related deaths continue to rise. What do we need to know to reduce the harm from cocaine?

Lili is a practicing clinical psychiatrist focussing on drugs and drug use, and a Professor Ad Honorem of the Pontificia Universidad Javeriana of Colombia. Lili also volunteers for the UK based drug-checking organisation, The Loop where she coordinates the health care team and the interventions that people accessing the service receive.

We explore key harm reduction information and find out what we can learn from the Netherlands and their response to MDMA and drug-related harm.

Raoul Koning is a co-ordinator for the peer-to-peer drug education organisation Unity and for the drug testing service in Amsterdam. He has been active in these fields since 2011.

He studied clinical neuropsychology in Groningen and subsequently moved to Amsterdam to enjoy and work in the nightlife arena. Here he started to work for Unity as a coach and for the drug testing service in Amsterdam. With this experience he proceeded to work for the coordinating office for the Dutch national Drug Information Monitoring Service, until 2016. He is currently working for Jellinek, a drug testing service in Amsterdam.

How has the cannabis market changed in recent years? What developments should we be aware of? Are the effects of cannabis different if you eat it, rather than smoke it?

Henry completed a DPhil in pharmaceutical chemistry at the University of Oxford, where his studies focused on formulation of psychoactive pharmaceuticals. He started his professional career in cannabis policy at the Beckley Foundation, which researches the medical applications of cannabis and psychedelics. He was part of the founding team of Volteface, the UK’s leading drug policy think tank, where his work focussed on medicinal cannabis and night time economy policy.

In this webinar we discuss trends related to the use of benzodiazepines including info on dose, effects and withdrawal, as well as their contribution to the escalating drug-related death crisis in Scotland.

Yanni is a long-time supporter of Crew. He currently works for the national charity Change, Grow, Live and he has a specialist interest in benzodiazepines and harm reduction.

Yanni will being joined alongside colleagues from Public Health Scotland who will discuss the public health challenges posed by benzodiazepine use in Scotland.

Register for the FREE webinars

Want to order printed copies of our booklets?

Please note the above prices do not include the costs of postage and packing.

You can also find our: