Our Board of Directors, who are also Trustees 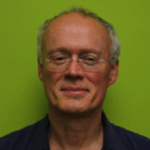 Malcolm Bruce, Chair of the Board of Directors graduated in Medicine, Aberdeen 1980, MRCPsych London 1984 and PhD Institute of Psychiatry 1989. He has further experience in Oxford prior to getting a Consultant Addiction Psychiatrist post from 1994 to 2014, working in a Community Drug and Alcohol Problem Service in Edinburgh. In addition, since 1995, he’s worked with doctors with Addiction and Psychiatric problems, appointed by the GMC as an associate providing assessment and supervision of doctors who have undertakings on their registration, and is now a trainer for new associates.

Malcolm has been an active BMA trade association member and was Deputy Chair, then Chair, of NHS Lothian Local Negotiating Committee from 2004 to 2014. He remains in active practice as a Medical Member of the Mental Health Tribunal Service of Scotland and carries out short locum posts in locations around the central belt in Scotland. Since retiring from his full time NHS Consultant Post he has taken up sailing on the West Coast of Scotland which is a new pleasure for him. 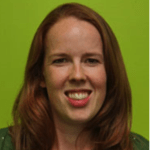 Emma Doyle has been a volunteer with Crew since 2011 and a Board Member since 2012. In her day job, she works on health inequalities policy at NHS Health Scotland, with a focus on access to health for people who are marginalised. She has a PhD in public health and has previously worked in mental health services in Edinburgh. Emma is passionate about engaging with service users and helping people to make informed choices. She particularly likes Crew’s straight-talking, realistic approach to harm reduction. Emma brings considerable experience of volunteering for Crew and knowledge of public health issues and health research to the work of the Board. 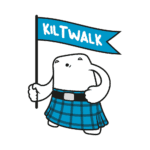 David Murdie joined Crew’s board in September 2019. He works as a private client solicitor and is a former banker and business analyst. David is interested in exploring creative fundraising ideas as well as ensuring good governance. David lives in Edinburgh with his wife and enjoys an active lifestyle. Between football, golf, mountain biking and running, he does just enough to justify over indulging on his home cooking. Passionate about volunteering, David is a legal adviser at the Citizens’ Advice Bureau and a supervising solicitor at the University of Edinburgh’s free legal advice clinic. 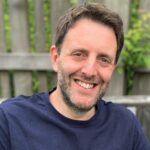 Richard graduated from the University of Glasgow in 1996 with a Bachelor of Accountancy and was elected as a Fellow of the Chartered Institute of Management Accountants in 2011. He has worked as the Finance Director for a number of Scottish media businesses.

In 2020 Richard founded his own digital news business Tickir, which aims to make news more relevant and accessible to those under 30 by publishing articles directly onto Social Media. He also acts as a finance and business consultant for business within the creative sector in Scotland. He has two sons and enjoys spending his spare time watching them play various sports

Michelle Ray has been a volunteer at CREW since 2007 and joined the board in 2021. 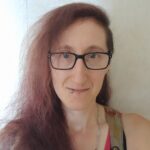 Originally from London She has lived in Edinburgh for over 20 years and has links to various club nights across the city.

Michelle finds volunteering immensely fulfilling and it has given her a sense of belonging in a community she cares about. She is particularly passionate about Crews ethos of non-judgemental knowledge-based drugs and sexual health harm reduction and advice and believes the service users should be at the heart of everything we do.

She is a mum to a dinosaur loving very energetic 3 year old and 2 dogs. Her hobbies include playing the piano, sewing, art, learning Gaelic and following NBA basketball.

Join Crew as a member. Crew membership is open to any individual person who supports our aims and values. More details of who can apply can be found on the application form. Being a member means that you can take part in any votes at our Annual General Meeting (AGM).