What is a drug-related death?

A drug-related death is generally a poisoning caused by the toxic effects of a controlled drug. Not every death related to the use of drugs is counted as a ‘drug-related death’ and the definition is not straightforward.

“The ‘baseline’ definition for the UK Drugs Strategy covers the following cause of death categories (the relevant codes from the International Statistical Classification of Diseases and Related Health Problems, Tenth Revision [ICD10], are given in brackets):

a) deaths where the underlying cause of death has been coded to the following sub-categories of ‘mental and behavioural disorders due to psychoactive substance use’:

b) deaths coded to the following categories and where a drug listed under the Misuse of Drugs Act (1971) was known to be present in the body at the time of death (even if the pathologist did not consider the drug to have had any direct contribution to the death):

Deaths which are not counted by the ‘baseline’ definition include deaths from:

The number of drug related deaths in Scotland has been rising year on year since 2014 and have reached the highest level since records began. Scotland has the highest drug-related death rate in Europe and is approximately 3.5 times that of the rest of the UK (England, Wales and Northern Ireland).

We have produced a graph that also illustrates the ‘rate per million people’ who have died after taking drugs in Scotland in comparison to other countries in Europe. While there may be differences in how drug related deaths are reported or recorded in other countries we have had the same recording system in place in Scotland since 2009. This means that in this country, drug-related deaths have been recorded and reported on in the same way for ten years.

We can see from the graph below produced by the National Records of Scotland that there has been a sharp rise in drug-related deaths in this 10 year period, most notably between 2014 and 2019 where the rate has doubled (an increase of 106% from 613 to 1,264). 2019’s report shows the highest drug related-deaths in Scotland since records began in 1996 when 244 deaths were recorded. We can see that the use of opioid and benzo type drugs are the driving factor behind the high drug related death rate. 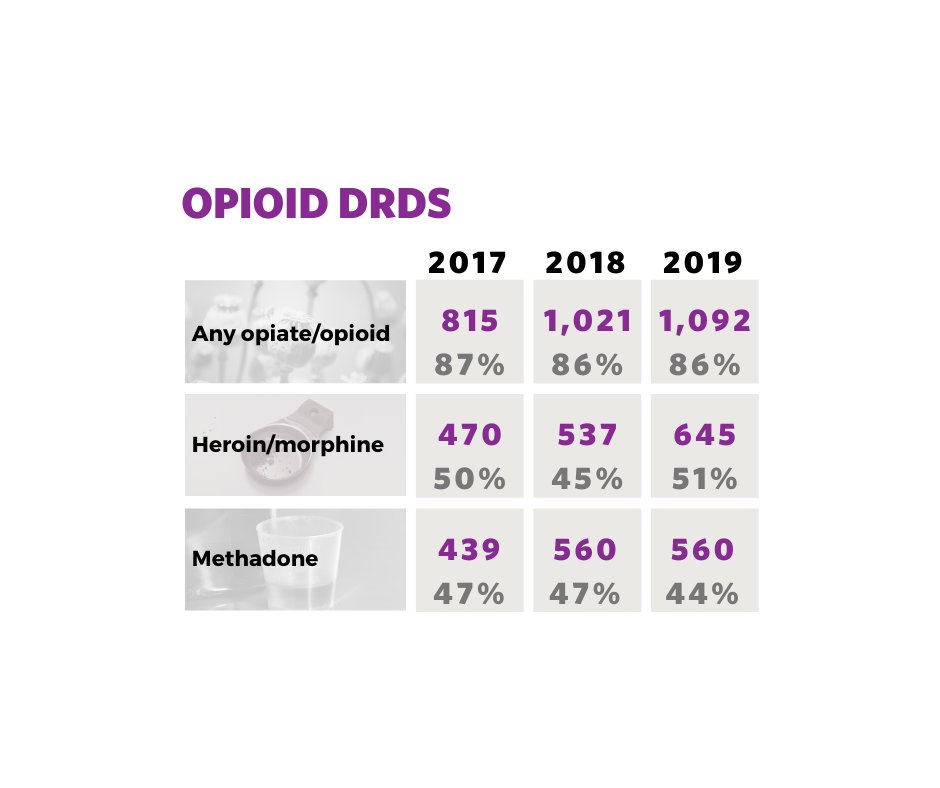 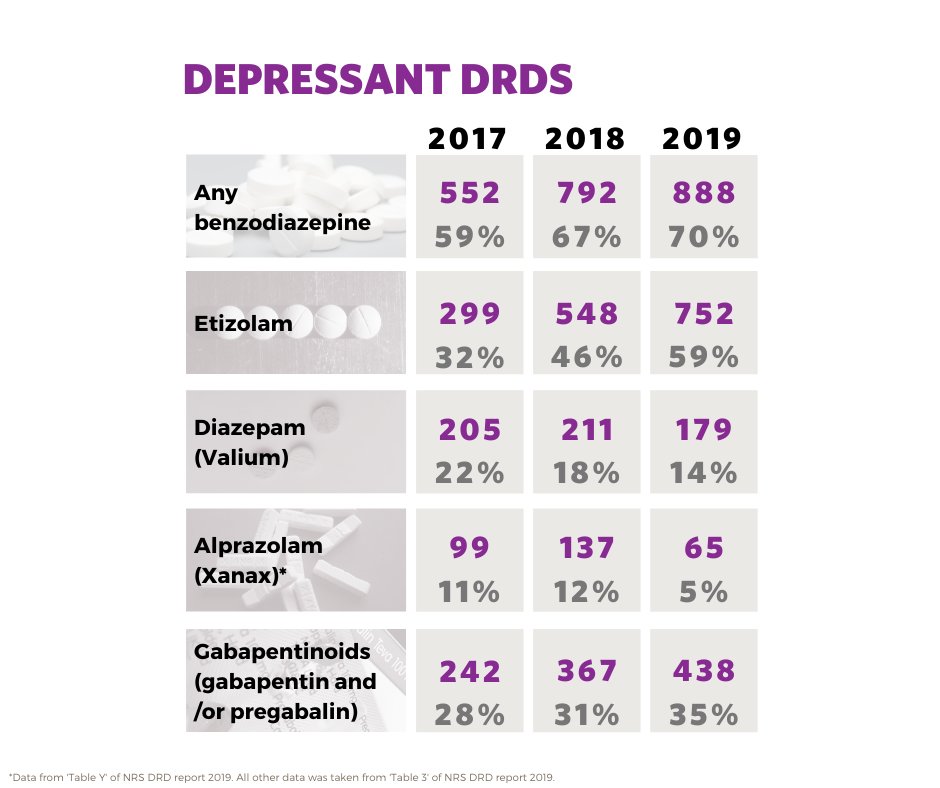 This is why it is essential that anyone who takes opioid drugs such as heroin, methadone, codeine or tramadol (or anyone who knows someone who does), should carry naloxone. Naloxone is a life-saving medication that can reverse the effects of an opioid overdose. Watch the video below to find out more about how naloxone works.

You can find out more about administering naloxone and what to do in an emergency on the Scottish Drugs Forum Website here.

If you or someone that you know needs naloxone your can order a FREE postal kit from Scottish Families Affected by Alcohol and Drugs – find out more information here.

What drugs are featured in the stats?