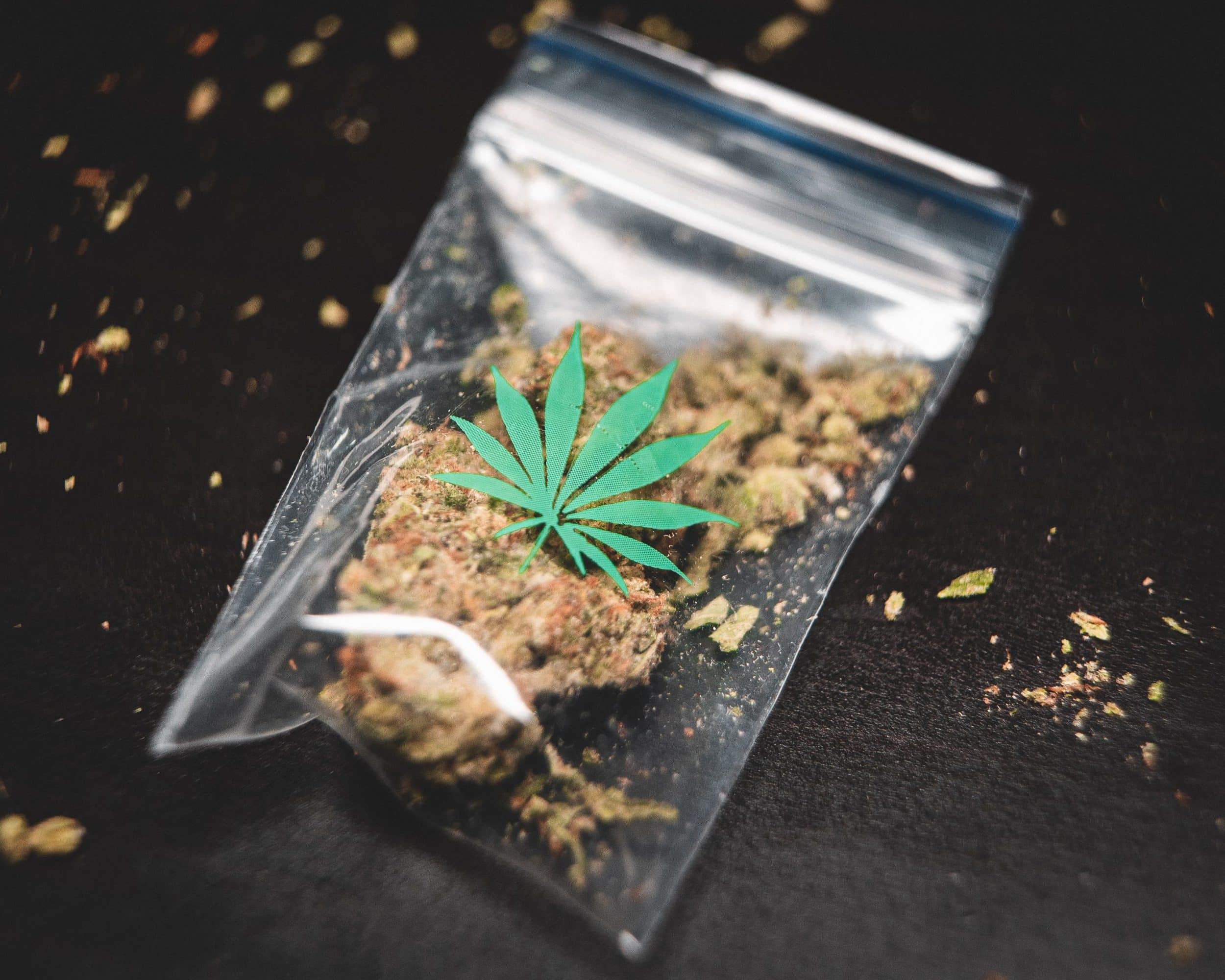 Last week, we launched a survey about COVID-19 and the impact the global outbreak has had on drug markets. We’ve had a good response so far with people who take drugs and workers within support organisations taking part. We’ve also had a good global mix – with responses from Scotland, Germany, Italy, Austria and North America.

You can find our summary of the results on our website here: Drug Market Summary – Week 1. Not taken part in the survey yet?

So what have you told us?

While not everyone has been trying to get access to drugs during the outbreak the majority, 54%, report changes to the supply of drugs since the COVID-19 outbreak started in Europe a few weeks ago. 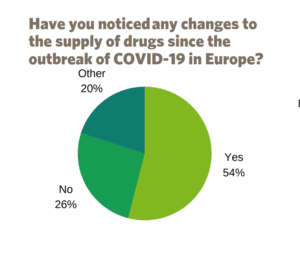 We also received lots of comments about increased cannabis and alcohol consumption and a reduction in ‘party drugs’ such as ecstasy and cocaine being taken.

Alcohol is always going to be available so I’m drinking more frequently. Helps to switch off from stress.

Changes to how drugs are sold 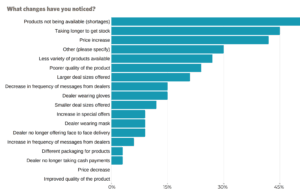 A few changes are being observed, including shortages of some products, price increases, and less variety of products available. Some dealers are also taking extra precautions by wearing masks, gloves and wiping down packaging to prevent the spread of the virus during the hand over. Others have stopped offering delivery and also aren’t letting people into their homes anymore, in line with government advice.

Some of my dealers have shut down saying its not worth the risk. Others are operating like usual.

It has now been 16 days since the government lockdown started in the UK while other countries have been experiencing similar measures for a number of weeks now. Based on our survey many people (48%) are finding they are taking drugs more often than they usually would. 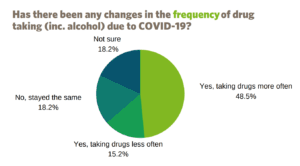 Based on comments there seems to be the most noticeable increase in alcohol consumption. Think you are drinking more than planned? Try our ‘Check it out‘ tool to do a self assessment of your drug use.

Drinking in the morning now. Taking more drugs and drinking heavily on top

Changes to how drugs are taken 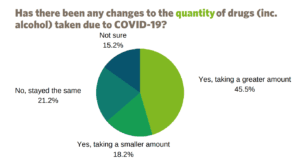 Some people are finding that shortages or a decrease in obligations mean that they can stay home and detox. Please remember that unsupervised withdrawal is not suitable for everyone and should be avoided with drugs like alcohol, benzodiazepines (Xanax or Valium) and GHB. Sudden withdrawal from these drugs can be fatal so please contact your local drug service for advice or support if you are worried about withdrawal from these drugs.

More than half of our survey respondents reported increased feelings of worry or anxiety due to the way drugs are being bought, sold or taken during the outbreak of COVID-19. 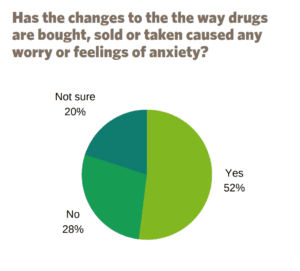 Some of these worries relate to increased conflict or abuse at home, concerns about not being able to access drugs, worries about withdrawal and the impact that might have, increased risk of overdose while self-isolating as people are taking drugs alone, and worries about the pandemic causing drug use to increase.

Due to worries about shortages or not being able to access drugs half of the people who responded to the survey confirmed that they stockpiled drugs.

YES, before anything else!!

So, based on the first week of results from our survey there are some observable changes to the way that drugs are being bought, sold or taken. The key points that stand out are the increase in amount and frequency of drugs people are taking. Most notably an increase in the amount of alcohol.

Keep an eye on our website and social media for new posts about harm reduction strategies for alcohol and other drug use during this period of lockdown and social distancing. If you are affected by any of the topics presented above please have a look at our COVID-19 harm reduction information and our updated page on services and support.